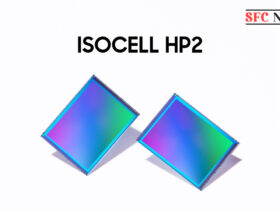 Samsung rolling out a new software update that installs the April 2022 security patch for carrier-unlocked models of Galaxy S21 FE in the US. The update brings better system security and stability to your device.

The April 2022 update also protects your phone from bugs and viruses as well as reduces system lagging and app crashing to provide you with seamless performance with a boost in overall device performance.

The fresh Samsung Galaxy S21 FE April 2022 update holds the One UI build version G990U1UES3CVD2 and comes in a package size of 294MB.

As per the changelog, Samsung’s April 2022 security update comes with fixes for 88 privacy and security-related vulnerabilities and exploits from Google and Samsung. These include 27 high and 18 moderate levels of CVEs that are related to One UI Home, Samsung Dex, Storage Manager, and others.

Besides these, there’s nothing that the latest update comes with. You might notice some minor changes and improvements after having hands-on on this update. As mentioned, it’s currently rolling out for carrier-unlocked US devices, however, it has been already released in many other countries.