Samsung Galaxy A33, Galaxy A73 with AMOLED display, One UI 4.1 launched in India

Galaxy A33, A73 Price, and Availability: 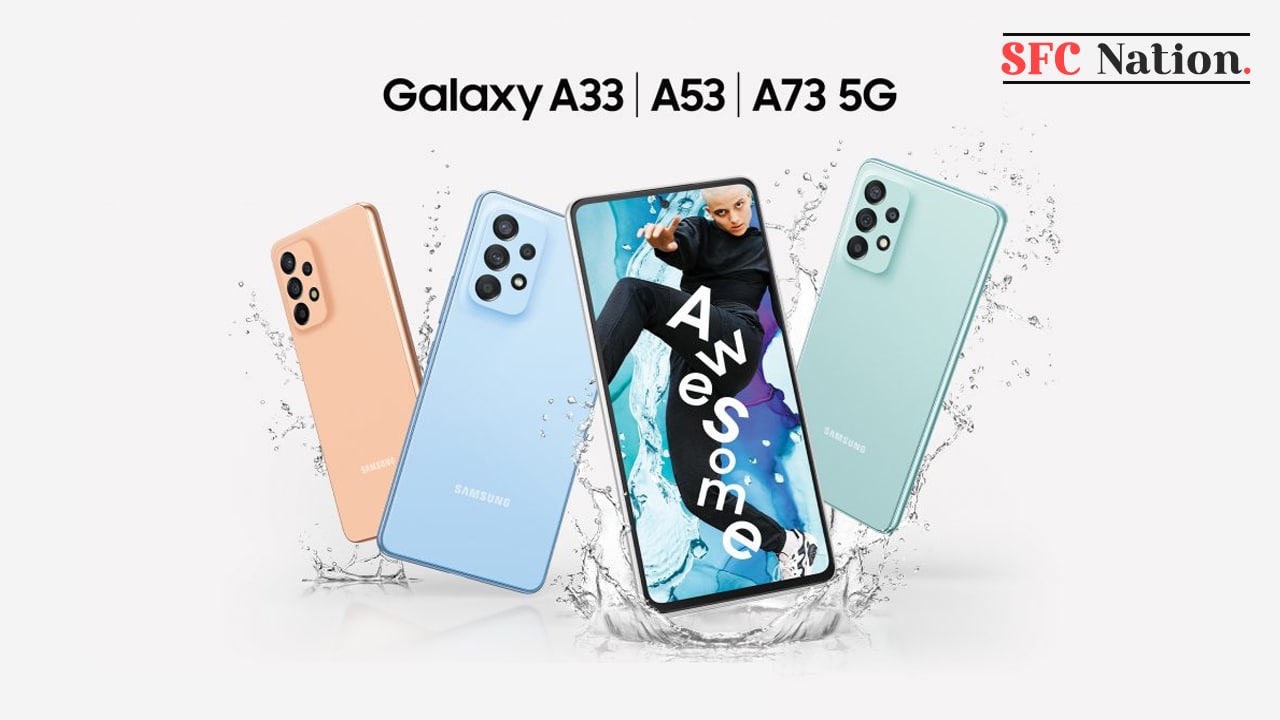 According to Samsung, the Galaxy A73 5G will open for pre-book in the coming days on Samsung.com, leading retail stores, and select online portals. We can also expect the price for Galaxy A33 at the same time.

The Galaxy A73 is the first and the only mid-range phone that equips a 108MP OIS primary camera. Other than this, it has a 12MP ultra-wide camera, a 5MP macro camera, and a 5MP depth sensor, as well as a 32MP front camera.

Moreover, the device features a large 5000mAh battery that supports 25W fast charging. Aside from this, it also has IP67 water- and dust resistance ratings that should make the phone survive in up to 1 meter of freshwater for up to 30 minutes.

The Galaxy A33 5G features a 6.4-inch Super AMOLED display with a 90Hz refresh rate. It features Samsung’s Exynos 1280 SoC, built on 5nm process technology, paired with 6GB/8GB and 128GB/256GB of storage.

While considering the camera, the device introduces a quad rear camera setup, which includes a 48MP primary (wide-angle) OIS camera, 8MP ultrawide sensor, 2MP depth lens as well as a 5MP macro shooter. On the front, it comes with a 13MP camera for stunning selfies and video calls.

Furthermore, the new Galaxy A33 5G smartphone is equipped with up to two-day battery life with 5000mAh battery and 25W Super Fast Charging. It runs on runs Android 12-based One UI 4.1 software out of the box and is eligible to get three major Android OS upgrades.