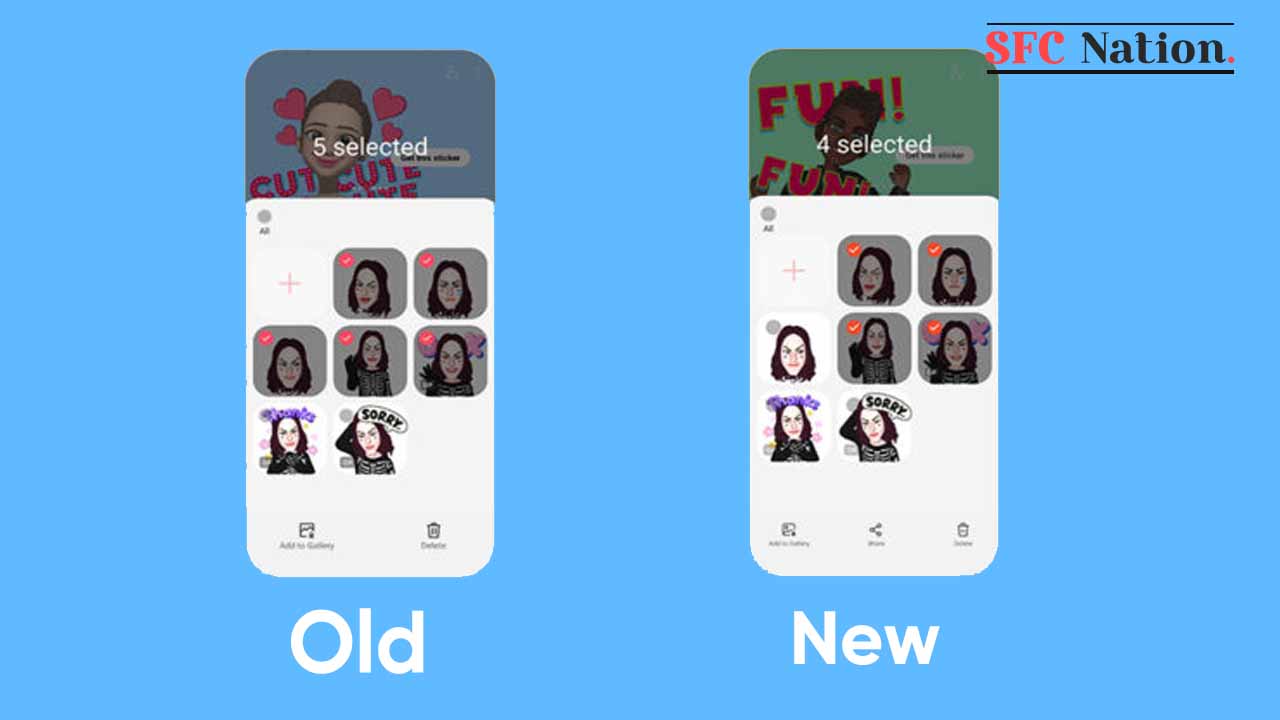 Samsung is releasing a new update for the AR Emoji Sticker app which includes a new option for sharing multitasking stickers and improvements. The update is rolling out to Galaxy devices with version 4.1.00.18 via the Galaxy Store.

The Korean tech giant has released a new update for the AR Emoji stickers, providing the next level of experience to users.

As per the changelog, the update brings a feature to share multitasking stickers. This means that you can now share multiple stickers at once because after installing this update you will see the share option (AR Emoji Stickers >> Select Multiple Stickers >> Share). You will no longer need to share stickers one by one because now you can share and send your favorite stickers in one go.

This update not only improves the screen layout and checks for changes when creating stickers but also enhances the usability and stability of the app. In addition, it fixes some common bugs so that users can get a better app experience.

The Samsung AR Emoji Sticker 4.1 update is compatible with Galaxy devices running on Android 12 or below. If you have received the update, update it now for a great experience.

The new update for this package is 64.18MB. You can install it from the Galaxy Store by downloading it to your smartphone.