Geekbench benchmarks show that the European version of the Galaxy S23 Ultra tested has the same board name “Kalama” as the US version, which effectively confirms that the phone will be powered by the Snapdragon 8 Gen 2 SoC in Europe.

It scores 1,504 and 4,580 points in single-core and multi-core tests, respectively. Other details revealed by the benchmarks include 8GB of RAM and Android 13. 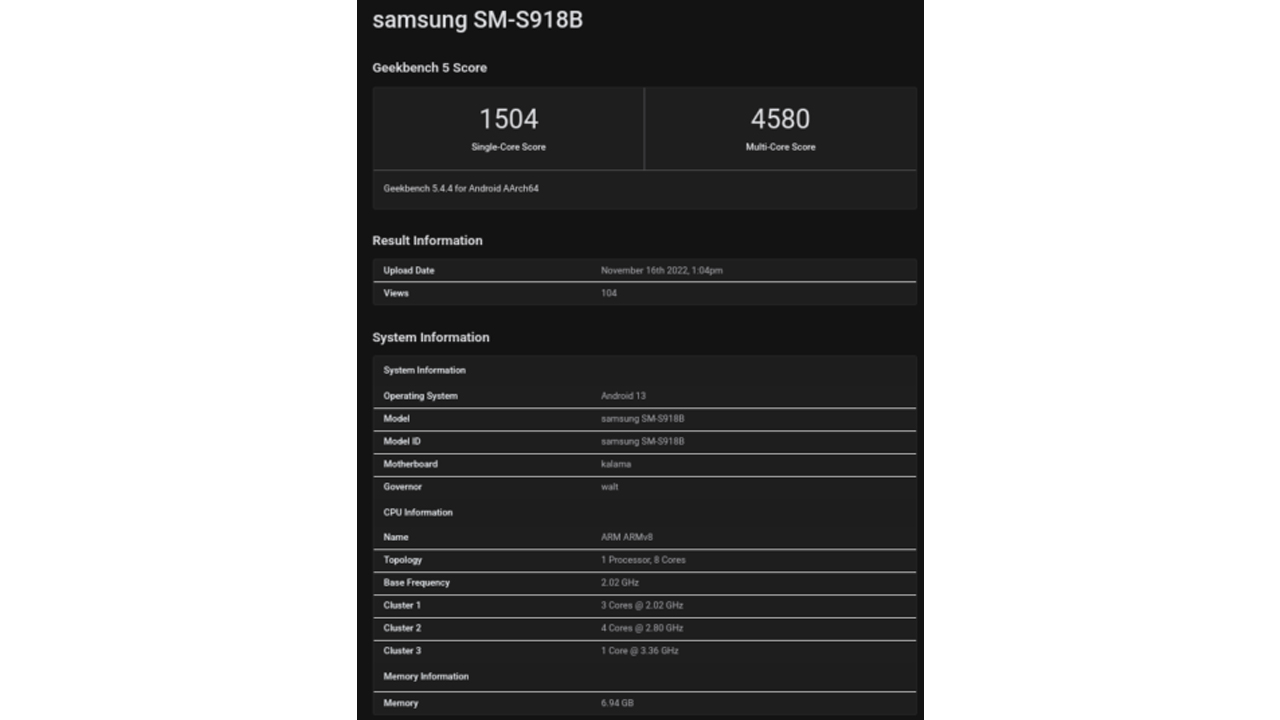 These results were obtained on a pre-announced Galaxy S23 Ultra, which means that once the phone is ready to hit the market, it will likely receive a different and possibly higher benchmark score.

Moreover, Samsung may launch the Galaxy S23 in early January or the first week of February. Availability details haven’t been disclosed, but the flagship should be available soon.