The Samsung Galaxy S22 series comes with some significant improvements that will keep most Galaxy users in their cameras. Yes! We are talking about Pro Mode or Pro Photography-stage features, which allow users to take some great pictures, at least Samsung guarantees.

The Galaxy S22 Ultra is designed with a 2.4um pixel sensor – Samsung’s largest pixel to date, with its camera lens allowing you to capture multiple days and data while taking advantage of the bright and interesting wide of your videos.

Further, the video auto framing ensures that your camera always captures what you want, whether it is one person or ten. With zooming capabilities that keep you 100x close to the action, the Galaxy S22 Ultra is not only Samsung’s most powerful camera, it is also one of the smartest. 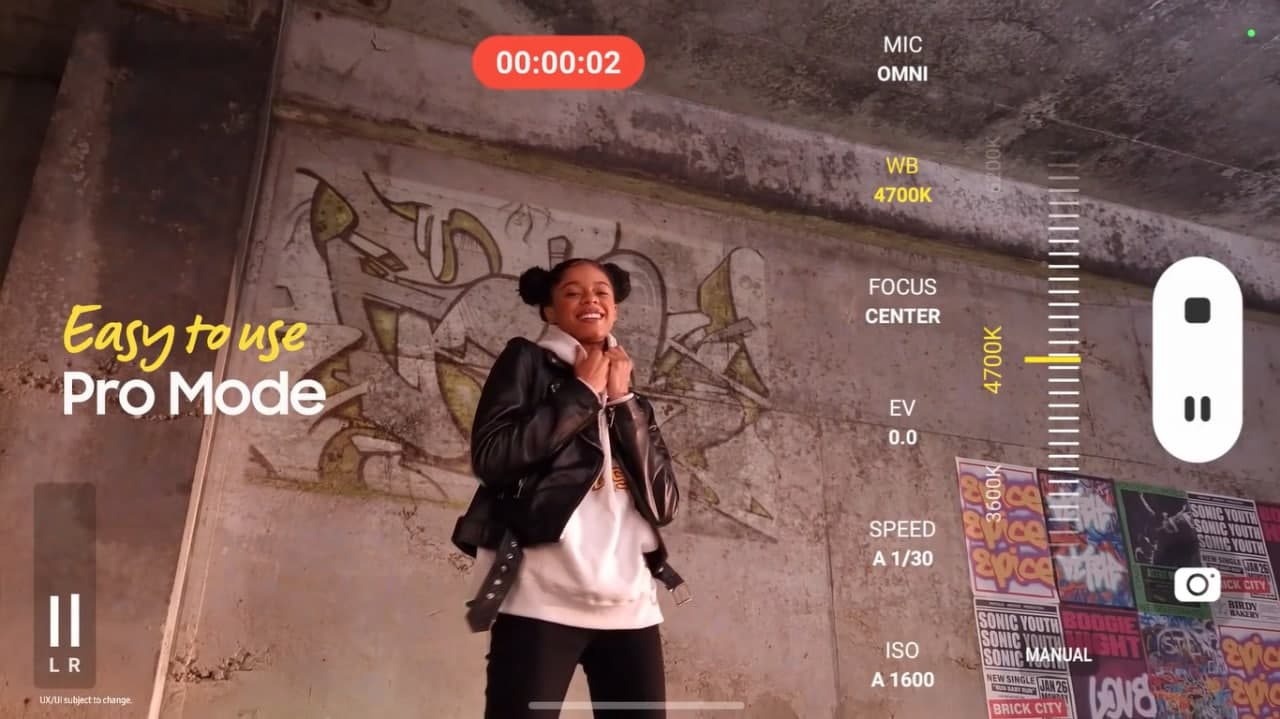 Samsung One UI 4.1-based Pro Video feature allows you to change the microphone while you are shooting to get the best audio. The sounds from different directions are recorded with multi-source microphone options, so the audio in your videos is always crisp.

The microphone captures sounds behind you, in front of you, or in all directions at once, so you can hear everything. Or, you can connect an audio device to capture the sound instead.

In addition to recording and editing 8K videos on supported devices. You can also choose from additional multi-source microphone options to make the sound quality of your videos clearer than ever.

To capture images or videos by manually adjusting various shooting options such as exposure value and ISO value. In the list of shooting modes, click More >> Pro or Pro Video. Select the options and customize the settings, then press the Capture button to take a picture or the Record button to record a video.

Use One UI 4.1 Camera Pro Mode settings to switch between mics when shooting videos!