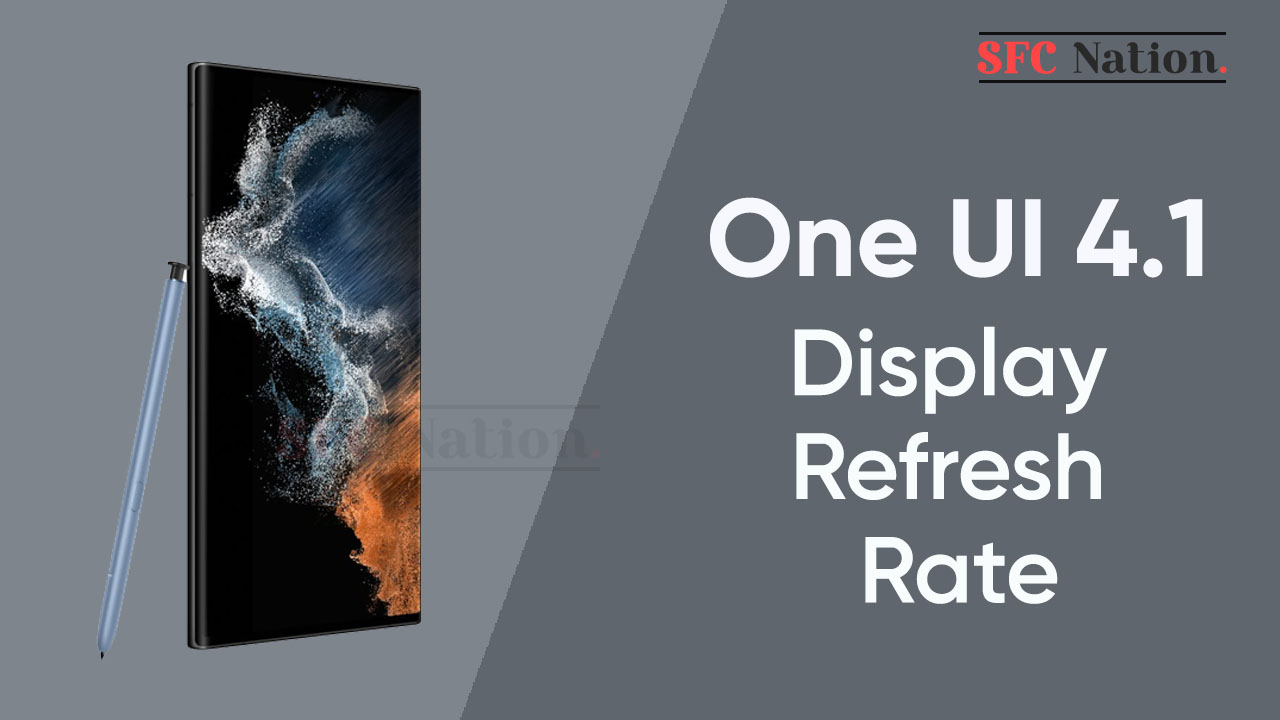 Samsung Tips: How to increase Refresh Rate in your Galaxy phone [One UI 4.1]

Samsung smartphones eligible for the Android 12 upgrade are nowadays getting the One UI 4.1, instead of the One UI 4.0. While the flagship Galaxy devices had received the One UI 4.0 upgrade too, the One UI 4.1 is now also available with more features and improvements.

While the One UI 4.1 update is packed with a lot of new features, the Smart Widget is one of the most highlighting arrivals. Compared to the traditional widgets, the new One UI 4.1 widgets are really smart and embed contents of more than a single widget, even without occupying space.

Almost all the flagship Galaxy devices upgraded to the Android 12 OS have received the One UI 4.1 software, meanwhile, the new Smart Widget feature is not available on all. The reason behind this feature’s unavailability isn’t clear as of now, but we’re expecting that it should be available for at least all flagships.

However, the One UI 4.1 rollout is underway and Samsung is trying to release the Android 12-based update by mid-2022. Talking about the availability of the Smart Widget feature, we are maintaining a list of Samsung devices that are offering this useful One UI 4.1 feature.

Which Samsung devices have Smart Widget?