On 16 August, Samsung officially brought its two new foldable smartphones up for pre-booking in the Indian markets. Despite the high cost, Samsung Galaxy Z Fold 4 and Galaxy Z Flip 4 pre-bookings have crossed 50,000 units in just 12 hours in India.

India is one of the major smartphone markets for Samsung devices. Earlier this year, the Galaxy S22 Ultra received a lot of love from Indian customers and it looks like Galaxy fans are also turning to the foldable phone.

On Wednesday, Raju Pullan, Senior Vice President and Head of MX Sales at Samsung India, revealed the record first-day pre-booking figures for the Galaxy Z Fold 4 and Z Flip 4, saying that the pre-bookings crossed 50,000 units. Is. in a very short time.

The Samsung India chief further said that the company is targeting to sell 1.5x more foldable phones this year and Samsung is confident of meeting its target as the new foldable phones come with huge upgrades compared to last year. 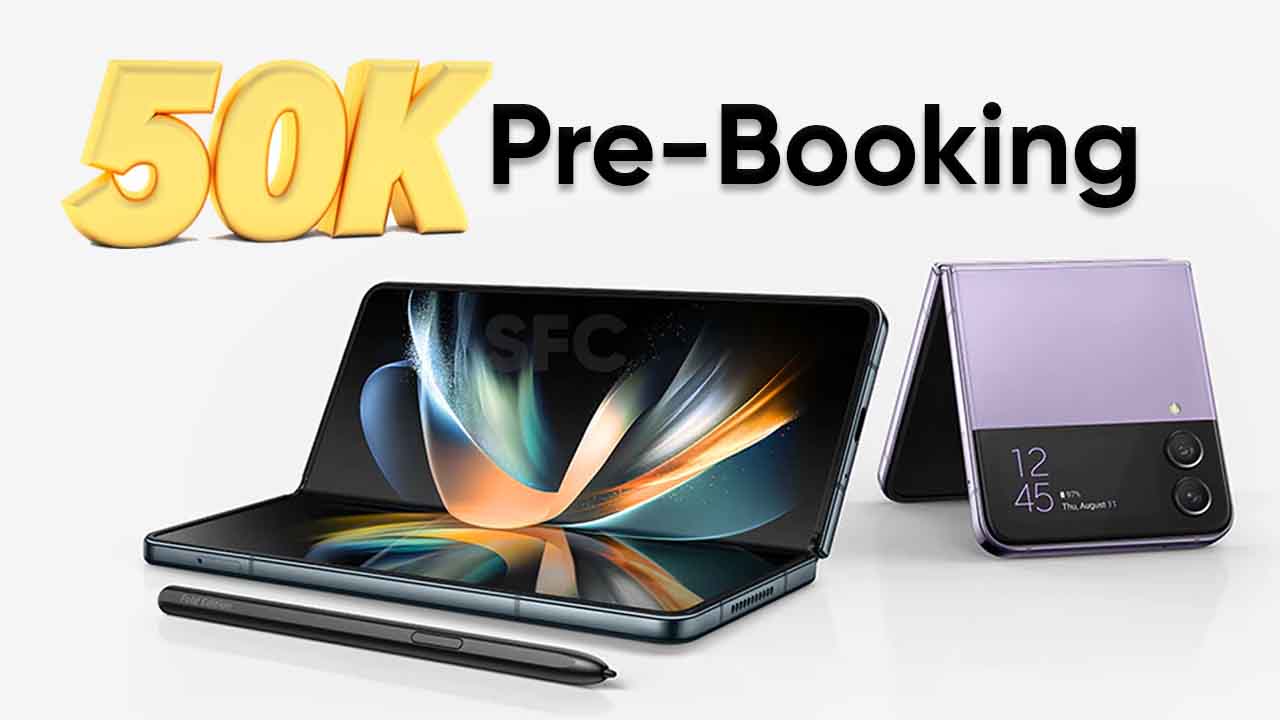 Equipped with a Snapdragon 8+ Gen1 processor and a flagship 50MP primary camera, the Samsung Galaxy Z Fold 4 is a powerful laptop that you can carry in your pocket. At the same time, the Flex Mode featured Galaxy Z Flip 4 is a great device for young consumers who want to express themselves on social media.