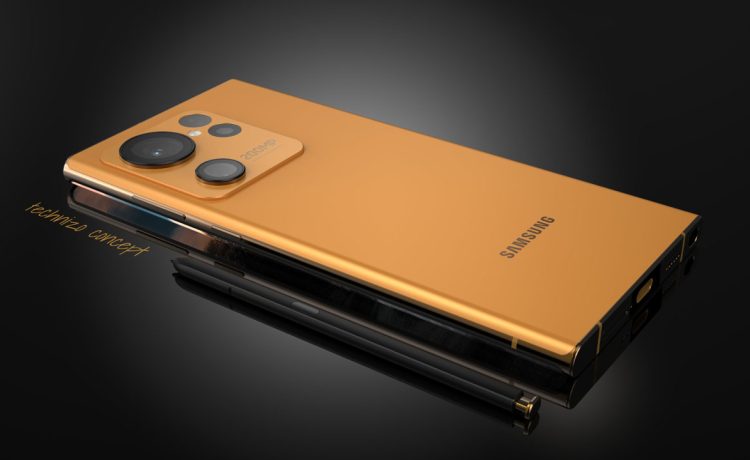 Waterfall display with a massive camera

There’s no official information available regarding the design language of the Galaxy S23 Ultra, however, the concept shows off how Samsung can improve the design of its next flagship. According to the video, the Galaxy S23 Ultra phone features major upgrades in terms of two important aspects i.e. display and camera.

A recent report suggests that all smartphones that will come pre-installed with Android 13 OS, including the Samsung Galaxy S23 series, will use the Enhanced Read-Only File System. EROFS was created by Xiang Gao when working as an engineer at Huawei.

This technology offers significant advantages over existing file systems, including space-saving compression and speed. It will direct to potentially faster update downloads and a little less storage space lost to the system.

Samsung launched the Galaxy S22 series with great camera capabilities than ever before. Meanwhile, people are already excited about the 2023’s Samsung Galaxy S23 series that will arrive with further improvements and new technologies.

According to the latest info, the company has started developing a 200MP camera and it will b used in Galaxy S23 series.

An emerging concept innovator HoiINDI has created the 3D design of the upcoming smartphone in the form of video. Besides Green, the renders revealed two more pleasant color options including Black and Pink. All three color variants look amazing in their 360-degree look.

Samsung is working on the ISOCELL HP3 which is a 200MP camera sensor, It could come in the upcoming Galaxy S23 series of smartphones. It could also be used in this year’s foldable Galaxy Z Flip 4 or the Galaxy Z Fold 4.

This ISOCELL camera sensor takes 8K videos at 30 frames per second. Merging the pixels eliminates the need to crop or scale down the image resolution, and this seems truly advantageous.

Samsung Galaxy S23 Ultra concept has again appeared, with a more futuristic approach than this year’s Galaxy S22 Ultra. The device seems too slim and yes, the no module camera design with the Note + S combination is making a comeback.

The image showcases the device in a Green color that looks stunning with the rearranged camera system. There are four cameras which are arranged in 2+2 format. The primary camera and wide-angle lens are placed vertically while the two telephoto sensors are placed exactly parallel.

Samsung Galaxy S22 Ultra continues the standard Galaxy S Ultra design and comes with a great combination of the Galaxy Note series and the unparalleled power of the Galaxy S series. This combination is absolutely loved by the fans and they expect the next Galaxy S-Ultra with the same design.

Meanwhile, creators recently created the long-awaited image of the Galaxy S23 Ultra. The front of the phone is similar to the Galaxy S22 Ultra. The lens layout of the main camera can be seen on the back, which is pretty impressive.

Samsung Galaxy S23 Ultra has a shuffled camera system with a 2 + 2 form factor. You can see that the main camera sensor and the wide-angle camera sensor are placed vertically, while the other two zoom lenses are placed parallel and one lens is placed next to the LED flash ring. Read more.

Samsung has no plans to use the MediaTek Dimensity chipset on future Galaxy S23 series smartphones. Continue to use the Exynos or Snapdragon chipset, depending on your region.

Like the 2021 Galaxy S21 and this year’s Galaxy s22, the Galaxy S23 may appear in January or February 2023. By the way, future devices are already starting to appear with leaks and rumors. Therefore, we hope that news about their launch will be available online soon.