Samsung Galaxy A7 Lite getting May 2022 security update

Samsung Galaxy Tab A7 Lite is an affordable tablet that equips some of the most advanced internals of its age including a MediaTek Helio P22T processor, 8MP rear, 5MP front camera, 5,100mAh battery with 15W fast charging, and many more.

Recently, Samsung has begun rolling out the May 2022 Android security patch update for the Galaxy Tab A7 Lite tablets. This update improves the security and stability of your device alongside protecting it from bugs and viruses.

Additionally, the Samsung Galaxy A7 Lite May 2022 update also fixes various privacy and security-related issues and exploits including 7 critical, 23 high, and 3 moderate levels of CVEs from Google and Samsung.

Further, this update comes with One UI build version T225XXU1AVE1. It is accessible in German markets at the moment and will soon reach other users. To download it navigate Settings >> Software update >> Download and install. 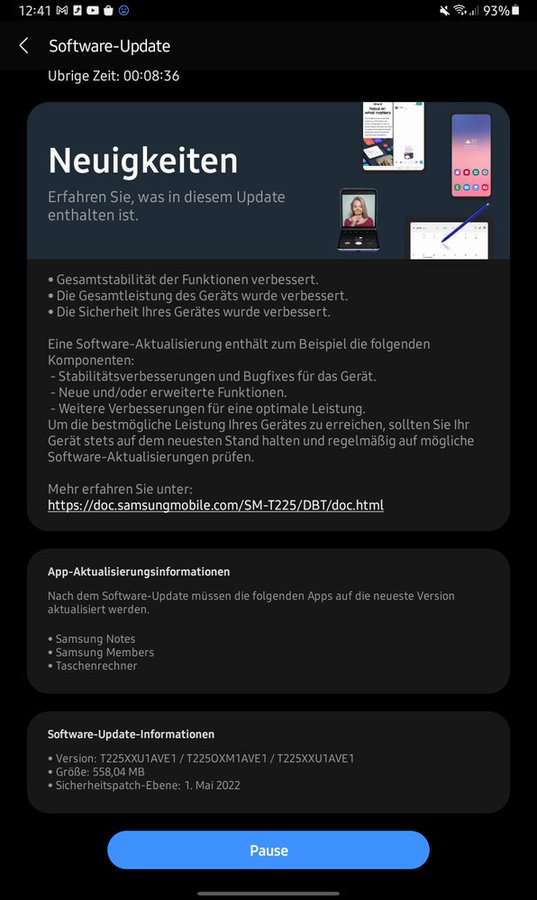