Samsung is said to be working on an under panel tech design to hide the Face ID module under the screen of upcoming smartphones. Samsung Display is developing under-the-panel technology for Apple, and there is a possibility to bring this technology to future Apple phones.

This new technology will be unveiled for the first time in Samsung’s 2023 fold series, and Samsung Electronics is collaborating with Canadian OTI Luminotics on this new technology, including a ‘metal patterned layer using a cathode mask’, reported by ‘The Elec’. 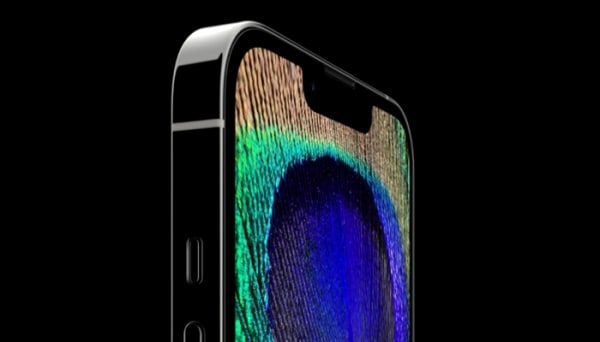 In an OLED panel, light is emitted from the emission layer at the bottom and travels to the cathode at the top. This cathode must be transparent for the under-panel technology to work.

The company will develop a transparent cathode, a standard that prepares for the emission and transmission of light from sub-sources using an open metal mask made of Mg-Ag material.

Face ID is not the only technology that is reportedly coming under the hood. Current rumors suggest that Touch ID will be placed under the screen rather than the home button, which could go back to 2023.

A hole under the screen, while the technology is already being used for screen cameras in the Galaxy series, Apple could bring it to the iPhone 14 series, which will be released later this year.

This Face ID under the panel hides the sensor when not in use. This technology works similarly to the bottom panel camera currently used by Samsung Display in the Galaxy Z Fold 3 released last year.

LG is developing a futuristic smartphone and is also developing a lower-panel camera technology that aims to increase the light transmission rate of the hole by more than 40%. I will be reviewing this Face ID in the future and will continue to read and brag until then.