Google is now making it easier to share files across devices, including phones, tablets, and Chromebooks that are logged in with the same Google Account. The new Nearby Share self-sharing feature will be rolled out over the next few weeks, allowing you to easily transfer files to your device without having to give permission every time.

Google Drive is adding a new widget that will allow you to have one-touch access to your Google Docs, Google Slides and Google Sheets files. Via the three home screen buttons. In addition, Google Keep’s new widget and larger fonts will make note-taking, to-do lists and reminders easier to access.

Google’s native keyboard app – Gboard is also getting a new feature called “Emojify” that will convert written text content into the corresponding emoji. All you have to do is type your sentence, tap the New Emoji button to choose your preferred layout, and press Send to add the correct emoji.

Keeping up with user demand, Google is now adding a slew of new Emoji Kitchen mashups that are available as stickers through the Gboard app on Android phones. The update adds your favorite emoji with the best parts of fall to share with your Northern Hemisphere friends.

The Google Meet app is also getting new sharing experiences such as live sharing features so you can instantly watch YouTube videos and play classic games with up to 100 friends and family members at once. Also, the app has got new multi-pinning feature that lets you focus on the people you choose.

Google is adding the new Tiles feature to the Keep app for Wear OS so users can quickly dictate a note or checklist from the wrist. Plus, you’ll be able to manage the built in ones across devices, without ever taking out your phone or tablet.

In addition, Google revealed that Bitmoji is coming soon to your Wear OS watch face to give your mood an all-day boost. Through the Bitmoji watch face, you’ll be able to use a Bitmoji designed by you on Snapchat, Bitmoji.com or the Bitmoji mobile app.

Google teamed with the Deaf and hard of hearing community to design the new Sound Notifications within the Live Transcribe & Notifications feature, which can detect critical household sounds like fire alarms, running water and door knocks and alert you on your phone or watch when they occur. Read more here 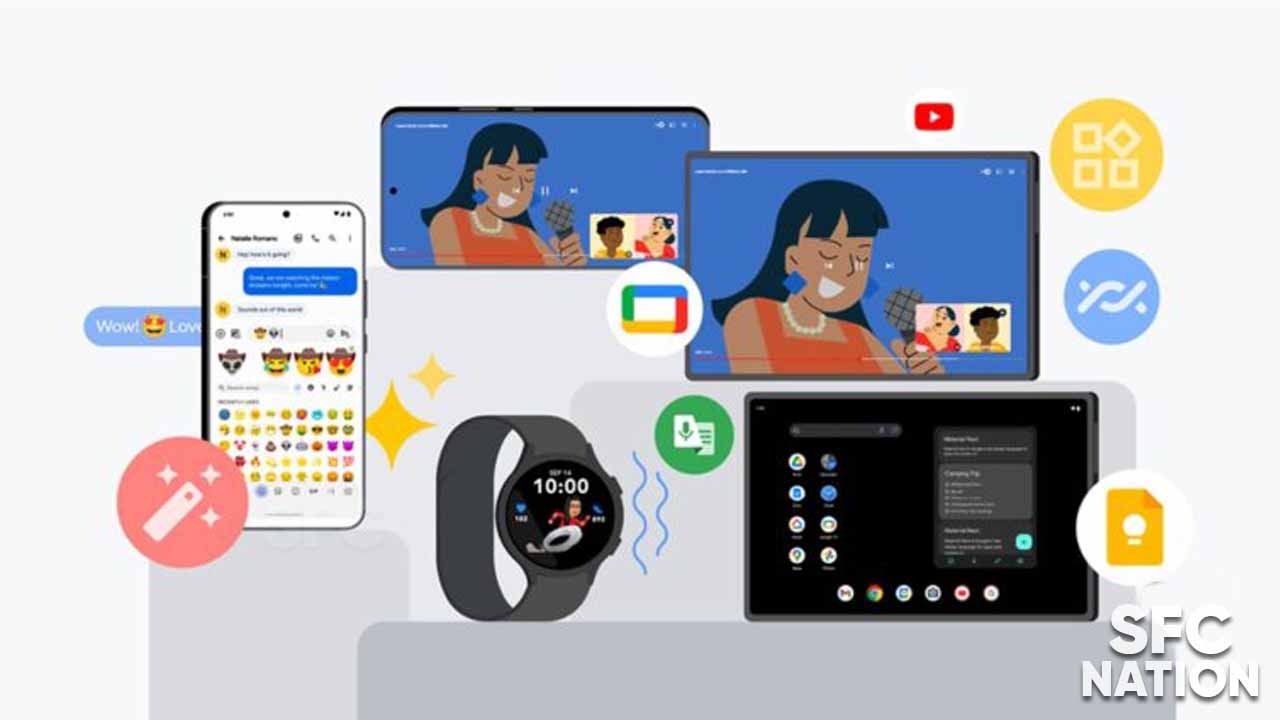 Previous articleGoogle Mobile Services receives new minimum hardware requirements on Android 13
Next articleSamsung Galaxy Tab A7 Lite is getting a One UI 4.0 update

Three great features that Android phones have but iPhones don’t