The Samsung Galaxy Watch 4 is backed up with better performance and connectivity with more experienced users than ever before. It has been updated to provide you with the best tools to manage your health, daily appointments, and more. Unfortunately, the clock does not have Google Assistant ever after running on Wear OS 3.

Verizon recently released a new software update for the Galaxy Watch 4 and Watch 4 Classic in the US. Reviewed by models R865USQU1FVC8 and R875USQU1FVC8 for 40mm and 44mm watches respectively, the update refers to Google Assistant.

The Verizon website even mentions the steps to enable the Google Assistant on the smartwatch but according to users’ reports, there’s no Google Assistant feature is added after installing the latest software update. 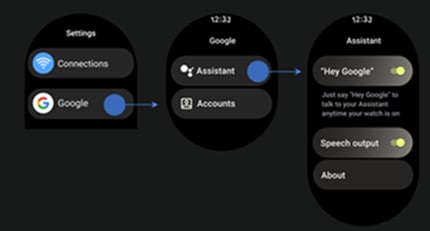 Meanwhile, following this period of confusion, Google stated to The Verge, “Assistant is not rolling out to the Galaxy Watch 4 and we don’t have an update on timing.” Later the US carrier removed the mentioned Google Assistant feature and simultaneous screen from its website.

So far, both Google and Samsung have not given a clarification on when Google Assistant will come to Galaxy Watch 4. Whereas, some previous information reports that Google will release a Pixel watch with Wear OS 3 and then the Galaxy Watch will get the support for Google Assistant.

Additionally, the “Measure” button has been added to the body composition target notification, thus, making things easier through the watch.