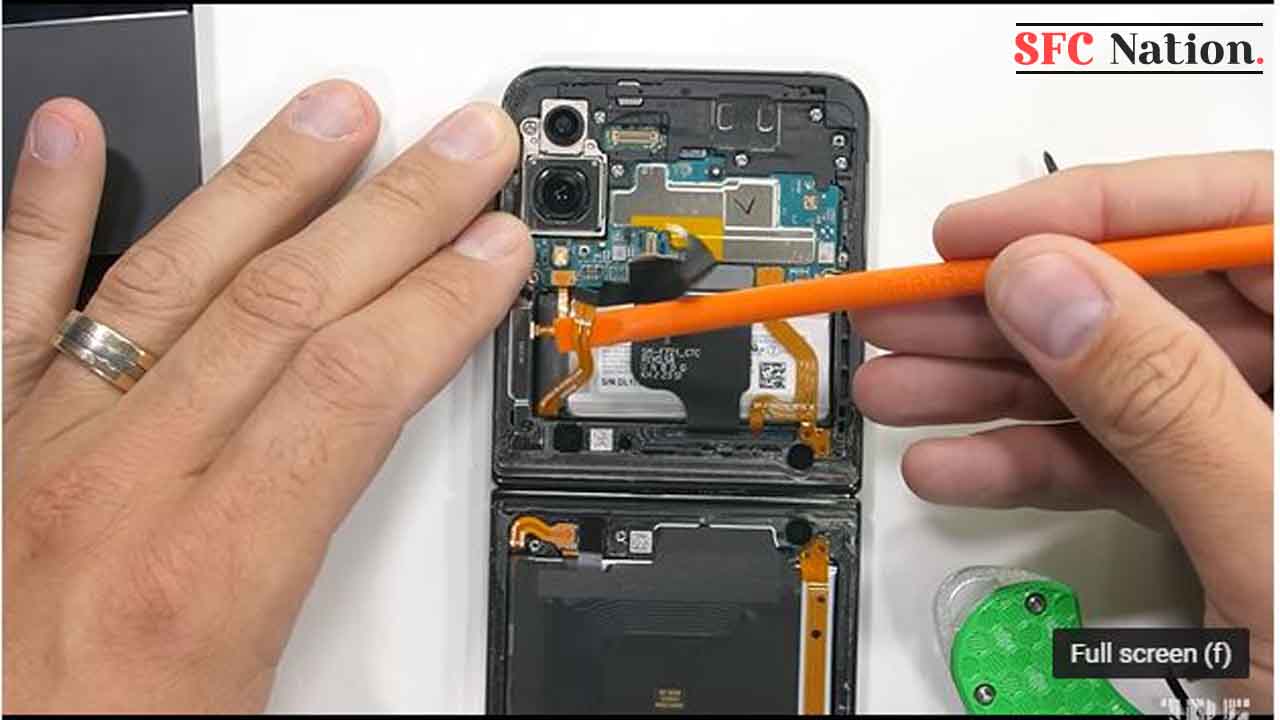 A while back, JerryRigEverything’s popular YouTuber Zack Nelson did his durability test on the recently launched Samsung Galaxy Z Flip 4 smartphone. Now the same YouTuber has appeared with a Galaxy Z Flip 4 teardown video to give a detailed look at the phone’s internals.

The video is quite informative, and it is clear that Samsung has put a lot of thought into the design of this phone. The teardown also confirms that the Galaxy Z Flip 4 is quite difficult to repair, so users should be wary of it.

We can see in the video that the smartphone has suffered some injuries. The YouTuber started off by peeling off the plastic bumper around the display, then he warmed the device up a bit to peel off the display easily. It can be seen that the Flip 4 still has under-display metal support.

The display is quite easy to break, so care needs to be taken while removing it to avoid pinching pixels and damage to the screen. After removing the display, the YouTuber pulled back the back panel with a little heat and a suction cup. It shows the split battery configuration of the phone.

The device houses a small battery under the cover screen on the top partition and the bottom half houses a full battery with a 15W wireless charging coil that also supports 4.5W reverse wireless charging. There’s also a wired charging daughterboard and water ingress protection seal around the charging port, speaker, and microphone.

Going forward, the company has significantly improved the hinge design of the Galaxy Z Flip 4. The YouTuber highlights the mechanical channels so that both sides of the phone rotate equally, while the Flip 3’s intricate gear hinges.

It’s impressive that even after passing the reverse bend test, the hinge doesn’t exhibit any signs of physical wear or damage, including a loud pop when bent backward.

Also, instead of the usual rectangular motor, the manufacturers have used a coin-shaped vibrating motor at the bottom of the phone for the haptics on the Flip 4. It also has plain old graphite pads between the display and the motherboard to cool the processor. , However, there are no vapor chambers or thermal pastes.