Samsung is testing Android 13-based One UI 5.0 on the Galaxy S22 and Galaxy S21 series of devices. Last year, Samsung lost to Oppo and OnePlus for the earliest shipments of Android-based custom skin.

Just a few days ago, Oppo shipped the highly anticipated ColorOS 13 upgrade to its most recent flagship lineup – the Find X5 series. And just this week, OnePlus has also released the stable OxygenOS 13 update based on Android 13 OS for the OnePlus 10 Pro flagship.

This means, not only did Google beat Samsung, but Chinese Android, vendors. Oppo and OnePlus also released the stable Android 13 update for their flagship devices before the Galaxy S22 series.

Well, OnePlus could seed the stable OxygenOS 13 update for its most recent flagship, but what will happen with it next year? There is no need to scratch your head if you are a true Samsung fan and OnePlus consumers are well aware of the future of the so-called flagships.

Yes, Chinese phone makers follow this approach – they just sell the product and forget about support. There is no doubt that the OnePlus 10 Pro started receiving the Android 13 stable update in a very short time after the Pixel’s release. But there are many promises that are never fulfilled. 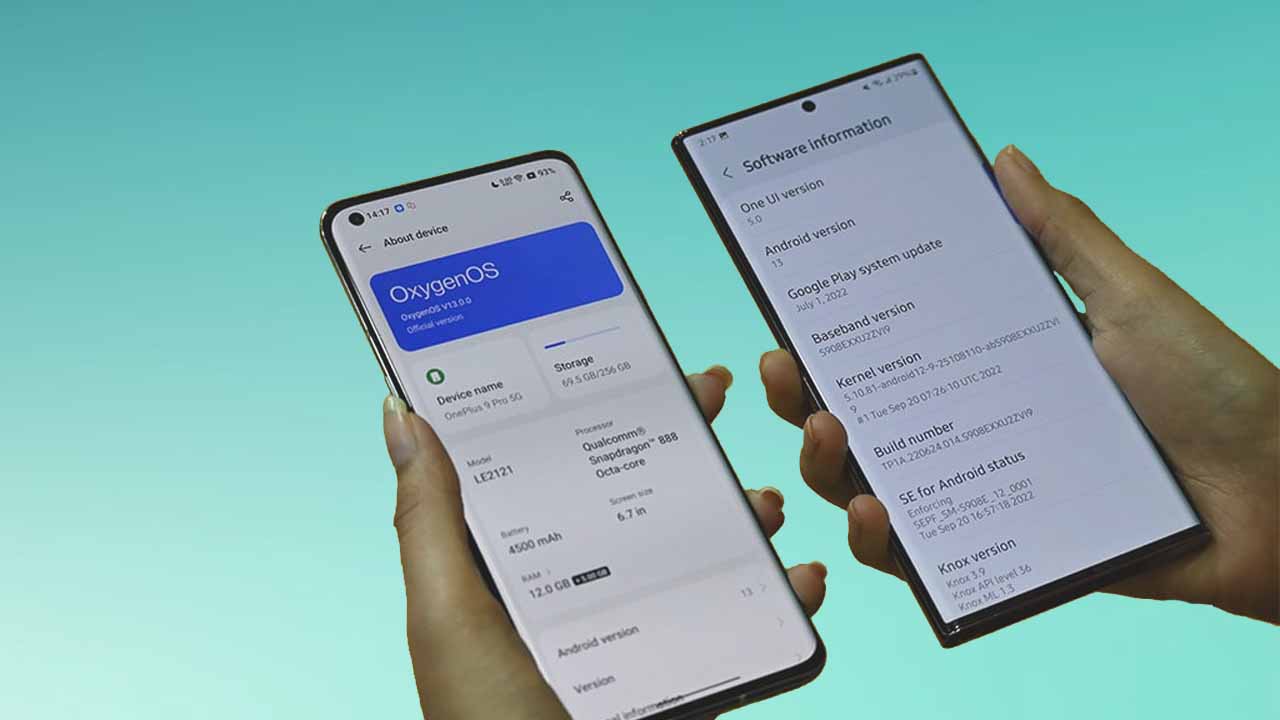 OnePlus launched the OnePlus 7/7T series in June 2019, which consists of 4 models. These devices are equipped with the Snapdragon 855 chipset and the Android 9 Pie operating system. OnePlus had promised at least three major OS upgrades, which seems to be coming true but with tortoiseshell speed.

In 2019, Samsung launched the Galaxy S10 and Galaxy Note 10 series of devices. These got the stable Android 12 update at the beginning of the year. In addition, the company released another incremental upgrade – One UI 4.1 for these older flagships in March.

Samsung sold a record-breaking number of Galaxy S10 and Note 10 series devices, which means the company has already deployed the Android 12 upgrade to millions of consumers worldwide. Meanwhile, OnePlus is just managing to become the “first” for the new models, and it’s already the last for the old ones!

Samsung should boost up Android deployment

Samsung is the king of the Android update segment, even though Google is far from a “handful” of its Pixel smartphones. The former plays a bigger role in the Android ecosystem by shipping the largest number of Galaxy devices, with support for up to 4 OS upgrades for flagships and select mid-range devices.

Google still only has 3 OS upgrades for its Pixel flagships, while Samsung has had five years of security patch updates. Since Google is a major smartphone brand with a worldwide reach, it should improve its Android development department to speed up the rollout.