Samsung recently expanded its Android 13-based One UI 5 beta activity for the Galaxy S22 series smartphone users in other countries including India, Poland, and the UK earlier the beta was released in Germany, the United States, and South Korea.

The company has also begun the second beta of Android 13 One UI 5 in the same three countries where its been first rolled out and for the same Galaxy S22 device owners it comes with several improvements and bug fixes, further bringing new features for the users.

Samsung One UI 5 comes with great features, optimization options, and much more. Here we are going to see the some of best offerings of One UI 5, which will enhance the overall user interface and provide users a reason to stick with Samsung. 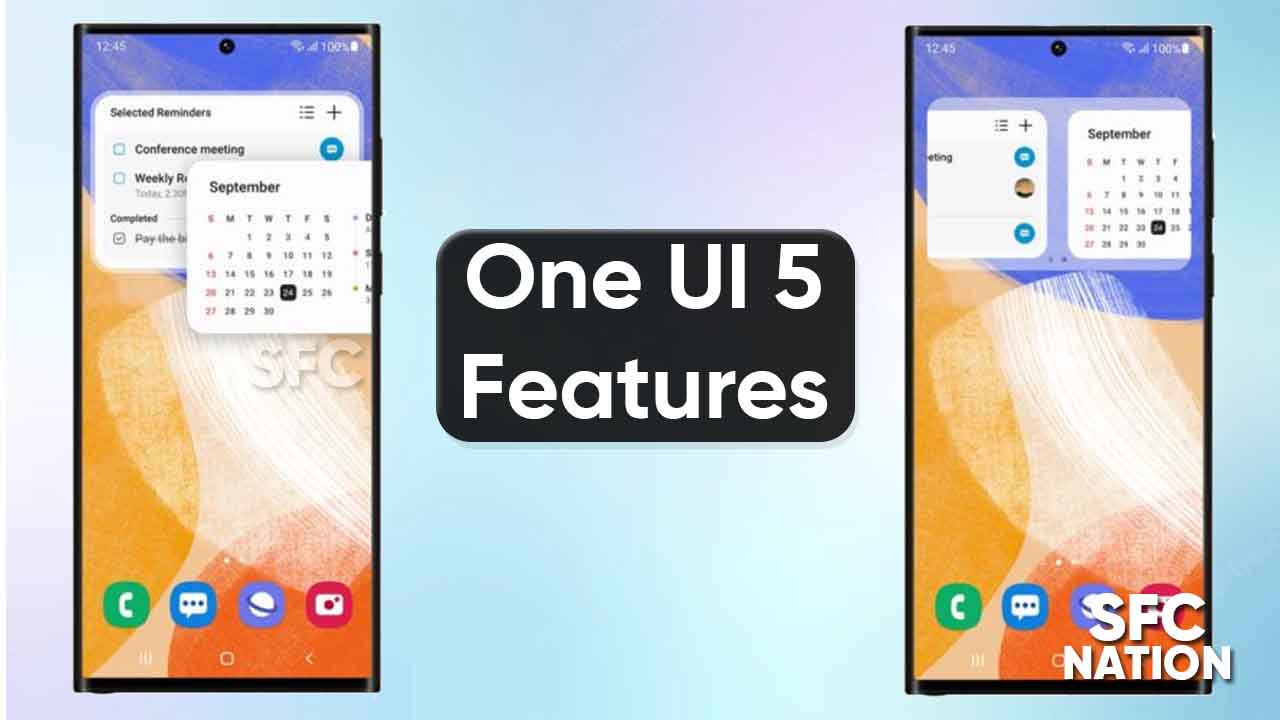 Get alert before sharing information:

This feature is been introduced in the second beta of One UI 5, with the help of this the share panel will re-confirm before sharing photos that contain sensitive information, like credit cards, ID cards, or passports, so you can re-think before sharing them.

With One UI 5, Samsung brings a new feature for multilingual users,  this per-app language setting will let the consumer use multiple languages on different applications. But the availability of this feature depends on the application and the region.

Now a new option is been added which will allow you to give permission before receiving the notification of the apps. When a user uses an app for the first time, they will be asked whether they want to receive notifications from it or not.

Find out who is calling:

After upgrading to One UI 5 users can set a different call background for each contact to find out who is calling with a quick glance, this will make the work of users easier. Its just like you set a ringtone for each frequently used contact.

Customize your Home screen with widgets:

Users can now merge more than one widget of the same size to make a single widget for the Home screen. This will help in saving space, the user can add it by just dragging a widget onto the stack. Then can swipe to switch between widgets.

More options for your color palette

The users of Galaxy devices will experience enhanced options in the color palette, after upgrading to one UI 5. Because this latest advancement allows you to choose from a total of 16 color themes and general color themes based on the wallpaper.

Add watermarks to your pictures:

This new feature will Automatically add a watermark in the corner of each picture, so you will not need to edit it to add the watermark the date and time a picture was taken, your phone’s model name, or other custom information.

Screen calls before you answer:

Responding to the call becomes more easier than ever, now the calls can be answered automatically. If the user can’t or doesn’t want to talk, they can tap or type a response that will be read aloud to the caller, and I personally find this feature very useful.

Pro mode is equipped with a Histogram

For giving a perfect exposure, users can use the histogram to check the brightness of each tone, it will enhance the photography experience of a user in more better way.

Smart suggestion widgets are the ones that can suggest useful apps or features for users. Widgets can be added to your phone’s home as a quick way to access certain information from apps without having to open the app itself.

After upgrading to One UI 5 the users will notice a great change in the edge panel of their Galaxy smartphone. You will see the names of the application below the app icon on your edge panel. Earlier there was only the icon was visible which sometimes makes confusion.

With One UI 5.0, Samsung has brought a major upgrade to the Material You Theming, now the theming will be applicable for all apps. This means along with the Samsung and Google applications, the third-party apps will also adopt the wallpaper theme colors based on the material you theming.

Samsung launches One UI 5 beta program in these countries